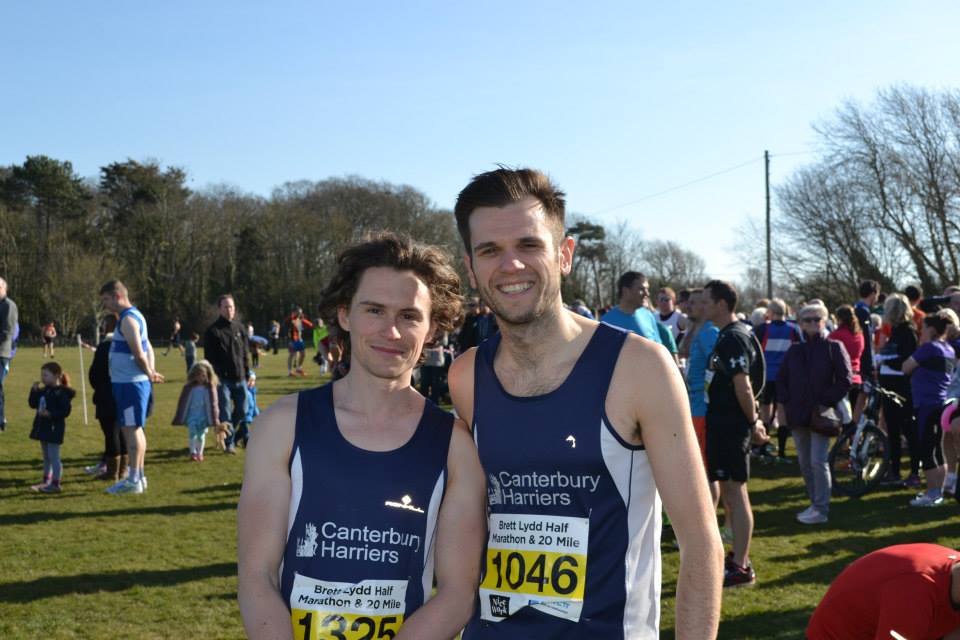 At the Lydd 20 mile, Tom Purnell came in third position in 2:01:15 in his debut and Tom Millard a few seconds behind in fourth in 2:01:51, an 8 minute PB. This was a close shave between the two, as other Harrier members were wondering which Tom would come in first of the two! David Bowden also achieved a great result of 2:18:23, gaining 1st Vet 50 as well as a PB.

For the half marathon at Lydd, Robbie Higgins raced home in 1:18:10, achieving third position as well as a PB for the club. Steve Hobbs battled through the strong winds to come in fourth position on a great debut, in 1:22:00 and was followed by Matthew Pearce in seventh position in 1:23:16. This resulted in the Canterbury Harriers achieving the team prize.